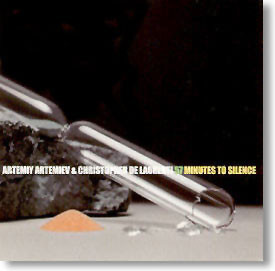 This collaboration between Artemiy Artemiev and Christopher De Laurenti certainly packs a lot of sound in. The album has a cosmic theme running through the track titles, like the sounds of stars and planets recorded via a radio telescope. The album opens with Conlon's Dub, an almost tribal-beat piece of electronica that whizzes between the speakers and fades to and fro in a demented fashion. Received Through The Nebula continues the cosmic theme with a slowly building soundscape that is mixed low for the first half. This could be an ideal soundtrack if you were reading the source material for 2001 A Space Odyssey. One of the more satisfying/challenging albums lately.

4.   Transmission from the Coalfire

7.   Received Through the Nebula