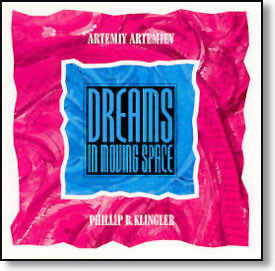 This release is more an exploration of sounds than mood and imagery. The resulting atmosphere is dark and the music is similar to Point of Intersection and, to a lesser degree, Mysticism of Sound. The musicians set a fixed course around which they slowly assemble their orchestra of sound. Actually this is probably the most abstract of Artemiev's recordings, particularly the relatively short track "Between People, or Within", a five minute primordial soup of spacey banging, static, and industrial sounds. Short, but to the point, and my favorite track on the disc. "Murmurs Across The Surface" is another voyage into the darkest (and freakiest!) corners of space.

3.   Between People, or Within

4.   Murmurs Across The Surface

PBK Tout Va Bien OFFICIAL MUSIC VIDEO (05:07)
http://www.munroviapictures.com/ This is a music video for the song "Tout Va Bien" by noise artist PBK. The song appears on his album "Under My Breath" (2008) For more information on PBK you can visit his myspace page: www.myspace.com/noiseambient video credits: song "Tout Va Bien" by PBK (Mixed by Brume) conceived by Jakob Hawkins, Sharon McPeek, and Greg DeLiso Jakob Hawkins as The Boy Sharon McPeek as The Girl Greg DeLiso as The Man With the Movie Camera edited, photographed, produced, and directed by Greg DeLiso This video was made with express permission from the artist, PBK. If you are interested in doing a music video of your own you can contact Greg directly at gregdeliso@mac.com or www.myspace.com/gregdeliso "your video grossed me out basically for the first minute... ...then it gets even weirder...i would have liked it better if the hockey things like ran around a room...that would have been more fun to watch" thanks