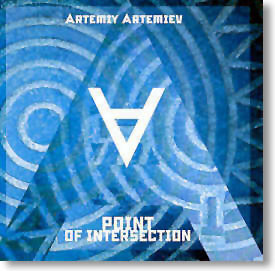 The goal on this release was "to find a point of intersection of two genres of music - electronic & electroacoustic and two cultures - Eastern & Western". So what makes electroacoustic music distinct from electronic music? "When I think of electroacoustic I think of sound itself, and the use of sound to create music." Point of Intersection is certainly a more abstract work than his previous two recordings, but for Artemiy the imagery is still ever-present and the music is only slightly more abstract than that heard on Cold. There does seem to be more of a focus on sound and the result is a set of quieter, but busier, and perhaps even more interesting tracks than the previous releases.

3.   Down By The Footsteps Leading To The Abyss

Artemiy Artemiev - LD THE OTHER PLANET (06:57)
Samples,Photos and Videomixage by LD The original track start from 1'20'' to 4'00" Monte CATRIA original photos