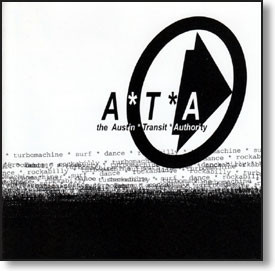 "I found this to be a solid release, a journey into neighboring country, where surf is revered but not held sacred. It's unfortunate that the band is now defunct." - Phil Dirt. If Rev. Horton Heat played only instrumentals, then this would be that music. ATA had been playing their own version of surf/rockabilly instrumental music in the Austin area since 1995. They see their music as the backdrop for social occasions, attempting to mix a rhythmically-driven set with the melodic and textural sensibilities which made instrumental music so popular in the '50's and '60's. "...probably the best album yet of Texas instro" according to Brian Parrish of Rooted Magazine.