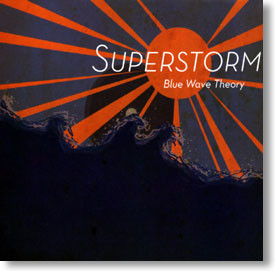 Blue Wave Theory has always shown a multi-dimensional aspect to their compositions. And their new release "Superstorm" is no exception. And, that's why it's difficult to classify Blue Wave Theory as strictly a Surf band. "Superstorm" includes straight up neo surf rock, as well as, surf rock straight out of the 1960's. You'll also note a good portion of their roots in Progressive Rock (AKA Prog Rock, AKA Math Rock) and several Jazz influenced riffs. One thing that really stands out on this release is that you can actually hear ... no ... feel the bass and drums. Blue Wave Theory has a nice big fat bottom end and they're not afraid to show it off.

5.   Attack of The Aguaviva

10. Every Sunset Is Different