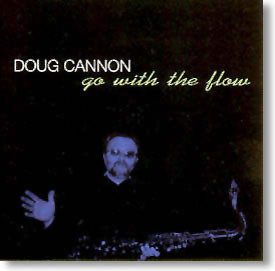 Doug Cannon - Go With The Flow

Swing was an integral part of Doug Cannon's hard-driving tenor saxophone attack long before the term assumed such vast retro appeal with a new generation of nimble jitterbuggers. As the resident horn specialist for the Vanessa Davis Band - one of Chicago's top-drawing attractions throughout the 1980's and well into the next decade- Cannon's blazing breaks and crisp fills were integral to the combo's dynamic R&B rooted appeal. While Vanessa tore up the audience with her raucous antics, Doug readied himself for another rafter-rattling sax solo, often hiking the excitement level even a trifle higher in the process.

11. A Crush Proof Pack of Blues

Vanessa_Davis_Band_1987.mp4 (03:56)
Recorded in 1987 in Chicago at the West End, this is a fun look at Vanessa and the band over 20 years ago. The song is Running in Circles from their Fast Forward album. For more video, free mp3 downloads, pictures and more, visit www.VanessaDavisBand.com