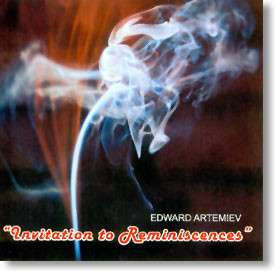 Russian composer Edward Artemiev is capable of the best, and we get some of that on "Invitation to Reminiscences". This is a compilation of film and TV music (series titles are given). A pioneer in USSR electronic/electroacoustic music, Artemiev, with time, has slipped into instrumental music, and the whole second half of the album is devoted to honey-drenched tunes. However, the first half-hour consists of three long songs in Russian and Lithuanian, large-scope works where the electronic part still shows genuine research and there's a successful progressive rock-influenced drive also. A great way to discover some of the film-track work of this seminal composer.

10. Under The Stars of The Southern Sky