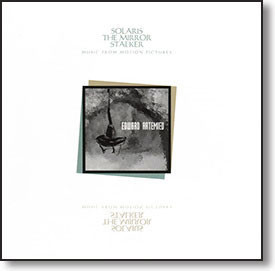 In 1960, Yevgeniy Murzin met 22-year-old Edward Artemiev, a recent graduate of the Moscow conservatoire. Murzin immediately felt he had found a composer, who would embrace his new music synthesizer (then called ANS) and quickly master its many subtleties. The re-release of this classic of electronic music is a true event. Russian composer Edward Artemyev, a pioneer among pioneers and a giant of the musical avant-garde, weaves sound universes as disquieting as the plots of the films this music is based on. Science-fiction in the most remote, most mysterious and most attractive of its shores, resides in all its splendor within this collection of tracks.