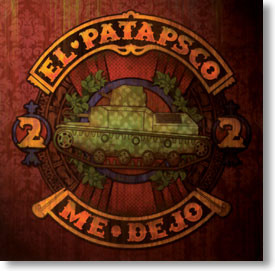 "This is a great release from El Patapsco! Very well arranged and developed songs with genuine emotional hooks. Surf influenced, desert scoped, and adventurous, oh, and the songs are really well played!" -Phil Dirt. An instrumental band called Defender (in 1999) was the predecessor to this band. After a few years, Defender dissolved and El Patapsco popped up around 2003. Influences include bands like Man Or Astroman, the Ventures, Shadowy Men from a Shadowy Planet and Los Straitjackets. The songs have great hooks and they are styled to be dramatic or thematic. These songs involve more leniencies (stylistically) and are not sheer, rocking-out work-outs.