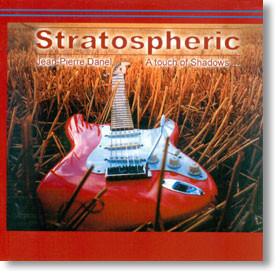 Danel started his career as a professional guitarist in July 1982, at the age of 14, and was influenced by Hank Marvin and The Shadows. He has carved out a fantastic career for himself (including sales of over 7,000,000 CD's as head of his own production company) but has never lost his taste for The Shadows influence. Several tracks from this CD have charted in various parts of the world. From the Shadows-strain of Walk Don't Run (an extremely rugged rendition) to the excellent arrangement and strangulated lead of Come Together, Stratospheric will blow you away (as will his instro originals). This album is well recorded and ventures from surf to spy to western.

1.   The Rise And Fall of Flingel Bunt