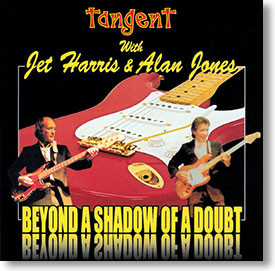 Tangent - Beyond A Shadow of A Doubt

"Beyond A Shadow of A Doubt" is a digitally remastered 20 tune set containing a pair of albums from the British band plus bonus tracks. The mainstays of the band Tangent were the three Jefferies brothers Derek (Del) on lead, Merv on bass and Bill (drums). Heralding from the Bristol area, the band had close contacts with former Shadows members Alan Jones and Jet Harris. "Beyond a Shadow of A Doubt" is Tangent's all original masterpiece pastiche, a 20 track marathon with Harris and Jones. Great instro music!