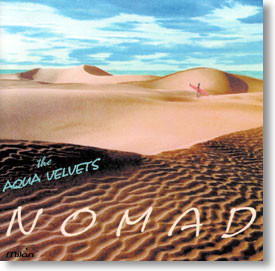 This is the essential Aqua Velvets release, bringing about a little bit of Surf, The Ventures and Spaghetti Western combined, is the best way to describe this awesome set of guitar tracks. If you like the sound of reverb guitar, you'll like this CD. These guys drag Dick Dale style surf guitar into the 21st century, and they do it with a cool style. While the Aqua Velvets have been at the forefront of the surf revival, their music is no slavish rehash of the genre's past glories. Instead the group offers an intriguing mix of surf stylings alongside a more complex menu of echo-laden Ennio Morricone-style spaghetti-Western soundtrack music, Latin rhythms, shimmering psychedelia, and ultra hip lounge lizardry.