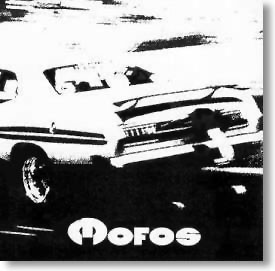 The Mofos - Supercharged on Alcohol

Link Wray meets the Ventures for the mother of all surf jams in the ninth circle of hell. This is some good stuff that could make the worst movie imaginable, that much cooler (if they included the Mofos on the soundtrack). The music is impressive enough on it's own, but the fact that it was recorded with all-analog equipment gives this disc an authenticity lacking in today's revivalist clones. Dubbed "Demolition Derby Music" due to it's breakneck collision of influences, instrumentals have never sounded so vital. The band plays self-written tunes which match either the surf or sci-fi angle. Kinda like a subtle Motorhead approach to 50's rock' n' roll.