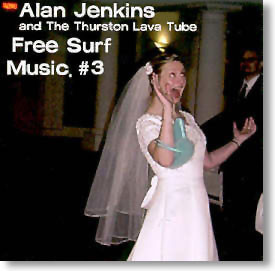 If you put this CD into your computer you will find an additional three albums in MP3 format (with artwork and sleeve notes). These are: 1) "Mechanical Birds with Many Wings" (a compilation of unreleased or non-album tracks by various Cordelia bands mostly from the '90s - including The Deep Freeze Mice, The Chrysanthemums, Ruth's Refrigerator and The Creams). 2) A live recording from 1992 by Ruth's Refrigerator and 3) A live recording by the Creams from 1997. So you get a total of 76 bonus tracks on this CD. The Thurston Lava Tube are a psychedelic, experimental surf instrumental band and have recorded four albums since 2001.