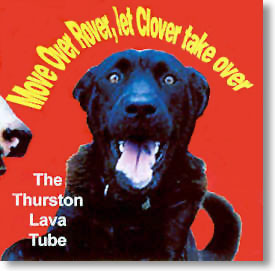 This is a great collection of originals, along with a few select covers from Alan Jenkins and The Thurston Lava Tube. (Alan was formerly a member of The Deep Freeze Mice.) In addition, this marks the return of the infamous Alan (How to be in a pop group) Jenkins with a surf style instrumental band that convincingly plays not only its own pieces (which might have been hits in the early 60s) but covers of The Ventures and Zappa - with some stretching and non 60's noise because it's not just pastiche and parody. In a musical no mans land, but one which recognizes what was lost with the guitar instrumental as an electric music form. Cooly generic, but persuasive.