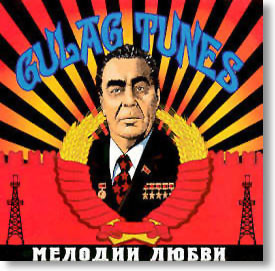 The Vivisectors return with their third installment of traditional Russian prison songs, played in a surf style. There's a high deal of melody (melodies of love). The combination of Russian roots music and sixties surf styling is absolutely delightful. The Vivisectors may sound like a trash/grunge unit but they're not - they play it like it is and was in the sixties with clean, crisp, jangling guitars and excellent keys, bass and drums in support. The sound resembles British pre-Beatles guitar instrumental groups pioneered by Joe Meek for example, crossed with the mid-sixties great Ventures spy-surf sounds. Had Dick Dale done time, this might be what he came away with.