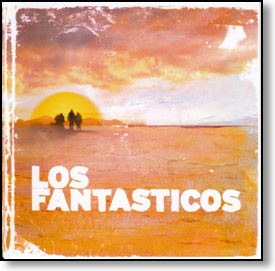 Los Fantasticos play music that's not for the trad purist, but it has a real surf foundation in its guitar tone and dribbling glissandos. Los Fantasticos use surf to interpret jazz ideas and sophistication, but never leave the rock'n'roll foundation of surf too far behind. This CD is characterized by some great guitar and the tight, snappy playing we have come to expect. This is exemplified by Abe Mohsin's sharp snare shots and Paul Lawrence's cascading bass runs providing the setting for guitarists Tim Self and Django Deadman whose choppy, echoed rhythm chords underpin crisp, clear, lead work on decent melodies. There's lots here for the open minded.

7.   A Short Song About Killing

10. The Whites of Their Eyes

11. The Smell of Neoprene In The Morning