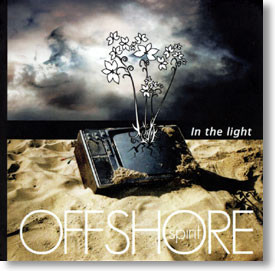 Both the brother and sister (in this band) were inspired by the Anglo-Saxon, middle current surf in which they began to play, and Victor Mauger has added his gypsy-flavored, guitar. Discovering their compound in a universe full influences, Offshorespirit mines a beach sound with vocals. There's a definite spirt on this CD that is alive and well. It embodies both a sense of the shore along with a bit of a haunting undertow. This is a hard one to pigeon-hole, but that could be the factor that makes this CD stand out and away from the crowd. Eclectic for sure, Offshorespirit works their way through five songs of a somewhat rock-surf-poppy nature.