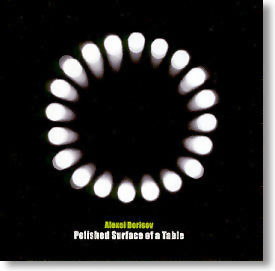 Alexei Borisov started in music as the guitarist for the first Russian new wave band The Centre, then went on to collaborations with Finnish experimental musician Anton Nikkilä, producing the ethno-experimental project Volga, and active touring in various line-ups. This CD is a bizarre concoction, whose offbeat aesthetics traverse their singular path between austere noise and ascetic minimalism. The way machine beats, occasional jungle loops and acoustic sounds zap back and forth is rather wild. All of the music here was written, arranged and performed by Alexei Borisov. Quite an effort!

10. Polished Surface of A Table